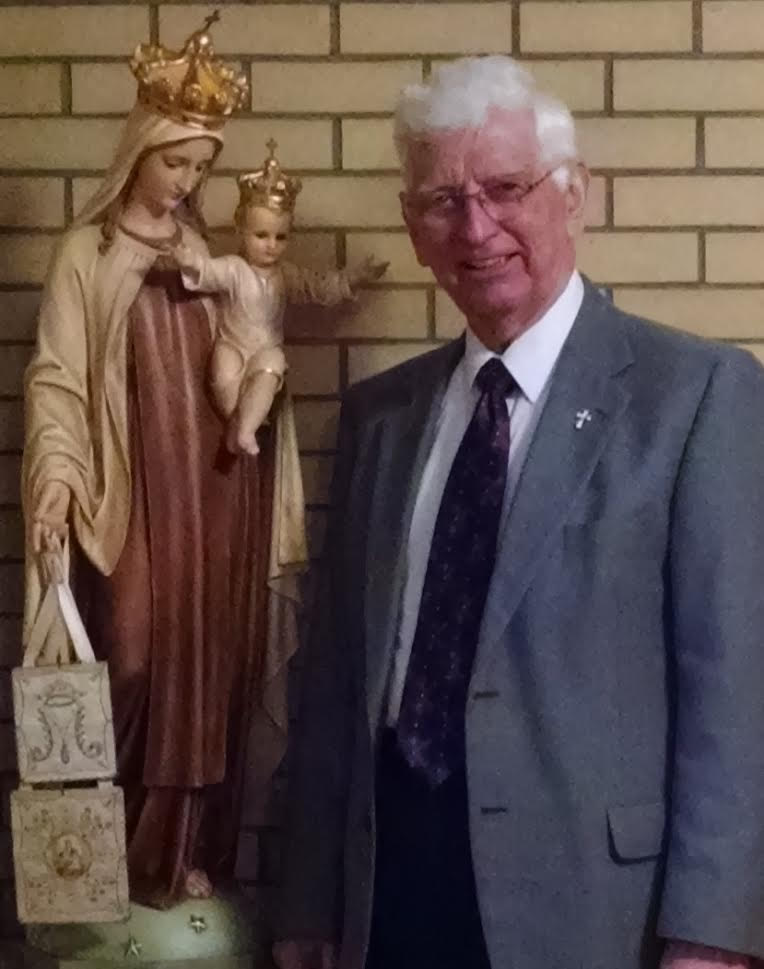 It is with tremendous gratitude to the Lord that this work of many years of prayer and discernment was launched in 2016.

My name is Deacon Gene P. Neral. For the past 58 years of my life, I have been married to the love of my life, Barbara. Together we raised three sons, Jim, David and, the youngest, Jeffrey, who went to his eternal reward on October 25, 2009 after a terrible motorcycle accident. We have four grandchildren, Timothy, Dannielle, Christopher and Nicholas.

My elementary years were spent at Immaculate Conception Catholic grade school in Johnstown, PA. Then, high school at Marianist Preparatory School in Beacon, NY and college at the University of Dayton in Ohio, both run by the Marianist Fathers & Brothers completed my formal education.

The first years of my business career were spent in the retail, insurance and personal motivation businesses. The next 24 years were spent in the newspaper business, in sales, sales management, and as the General Manager of a six weekly newspaper group in Cambria County, PA. In the year 2000, I began 3.5 years as Director of Training for the Thomas Automotive Family based in Bedford PA.

In 1985 the Most Rev. James J. Hogan ordained me as a Permanent Deacon in the Catholic Church and I have served in two different parishes in the Diocese of Altoona-Johnstown. In July of 2003, the next Bishop, the Most Rev. Joseph V. Adamec appointed me to the position of Director of the Formation, Ministry and Life of Permanent Deacons for our diocese. Eleven years later, at the end of December 2015, I retired with the help of Deacon Michael L. Russo, who first took over the Formation Process and eventually agreed to accept the appointment as Director of Diaconate.

I continue in my assignment as Deacon for Saint John the Evangelist Parish in Lakemont, Altoona, PA, where I have served since July of 1995..

The picture at the top is from a visit with the Carmelite Nuns at Carmel in Loretto, PA while participating in a Novena to Saint Therese of Lisieux which helped me to decide to finish a book about the little phrase that you see at the top left of this site focus on the moment and TRUST in GOD'S LOVE..

To see more of where I'm headed on this journey of faith, click
The "focus" story